Some random whiteboard fun for you, before I get back to more serious posting.

And now presenting the MegaFig! (Which originally started as MegaFighter, but we decided that wasn’t commercial enough. Also it didn’t fit on the rest of the whiteboard.) 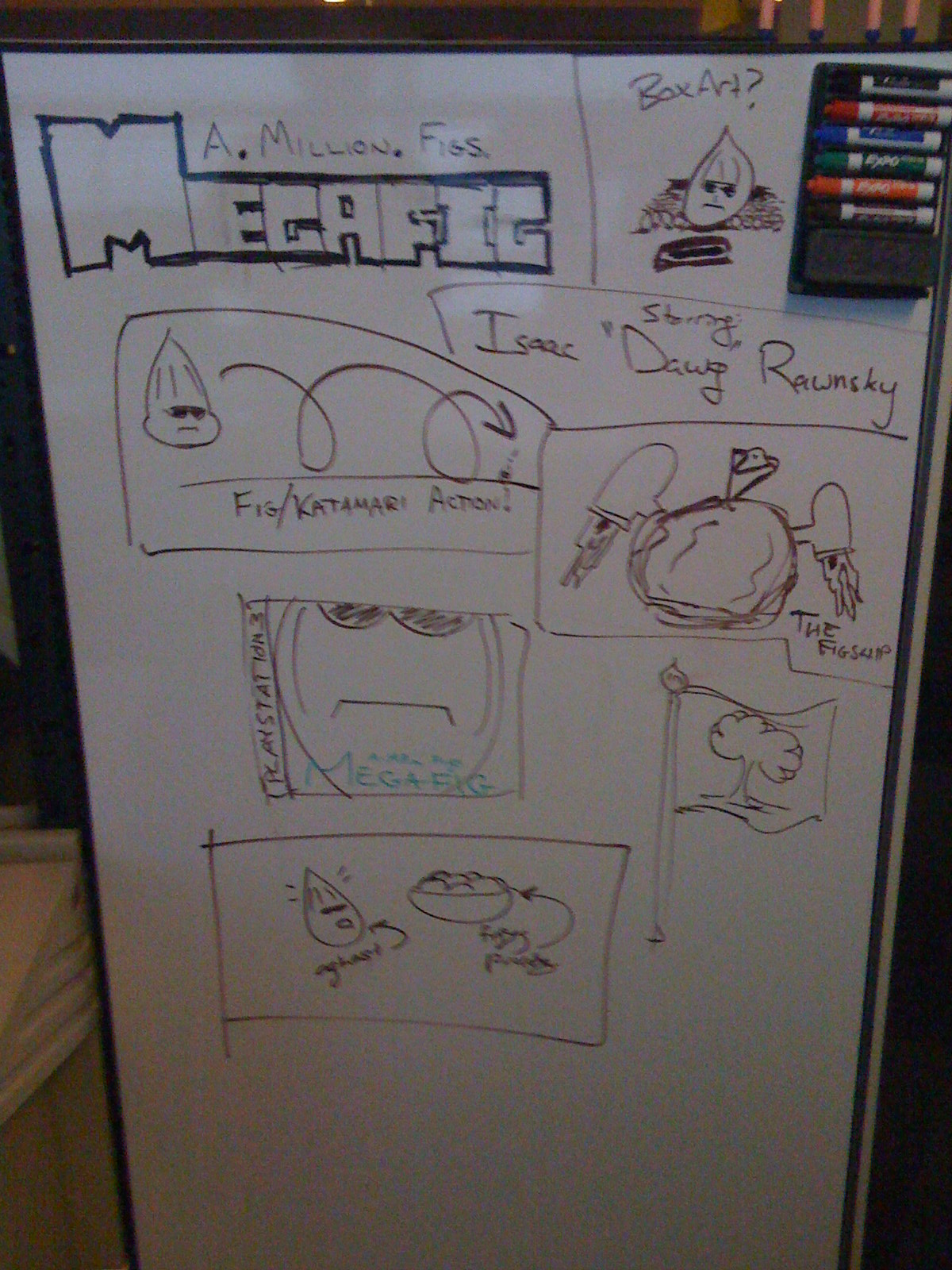 He’s kinda like Jet Li in The One, he goes between universes killing figs to become the MegaFig.

Here’s a bit of a failed concept, which we did another iteration on (further down): 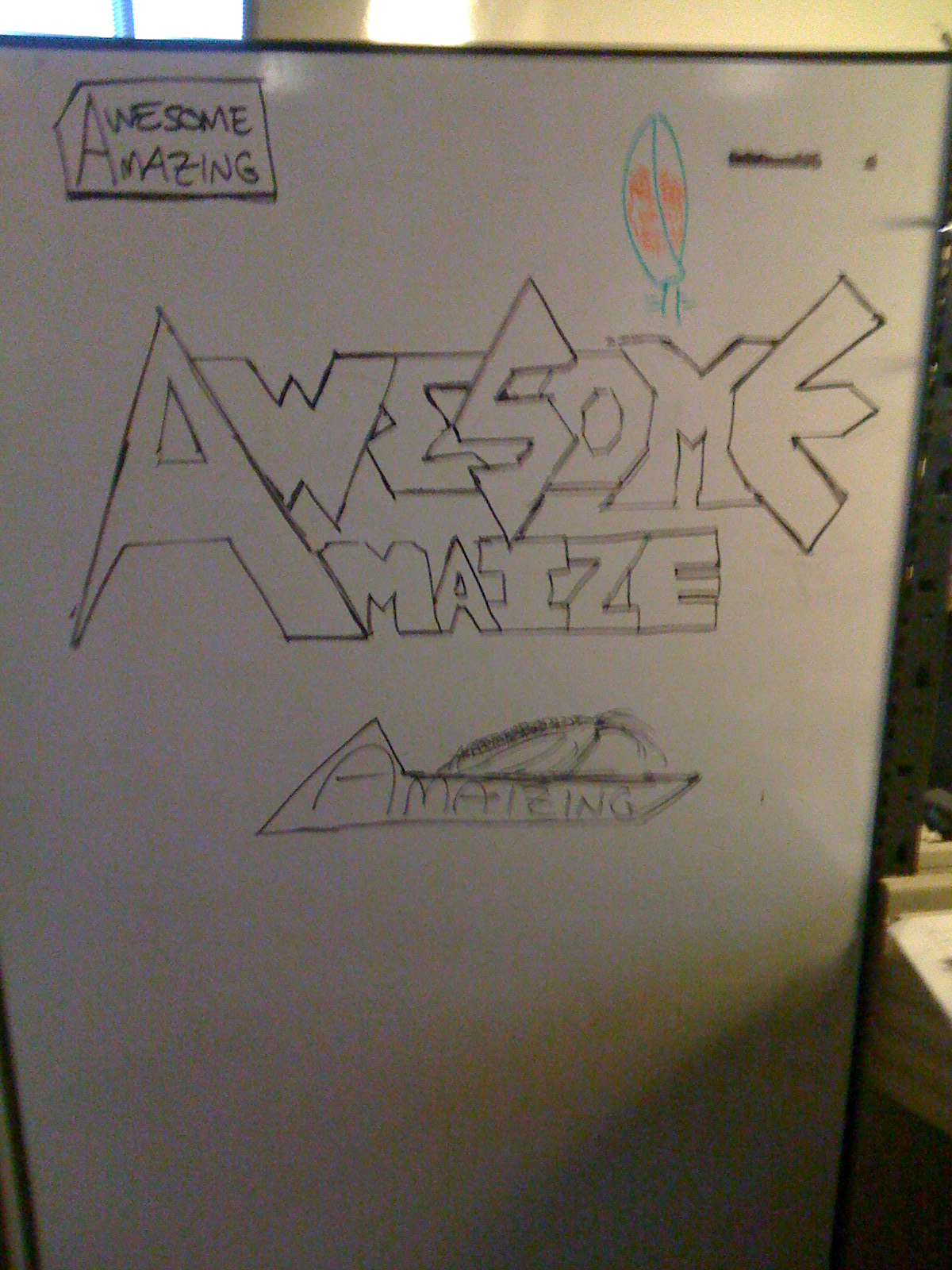 We liked the awesomeness of it, but felt the character needed some weaknesses, to, you know, to make it more compelling. Hence the Awesome Geriatric (I wanted to go with a rocket powered walker, but the rocket powered wheelchair won out): 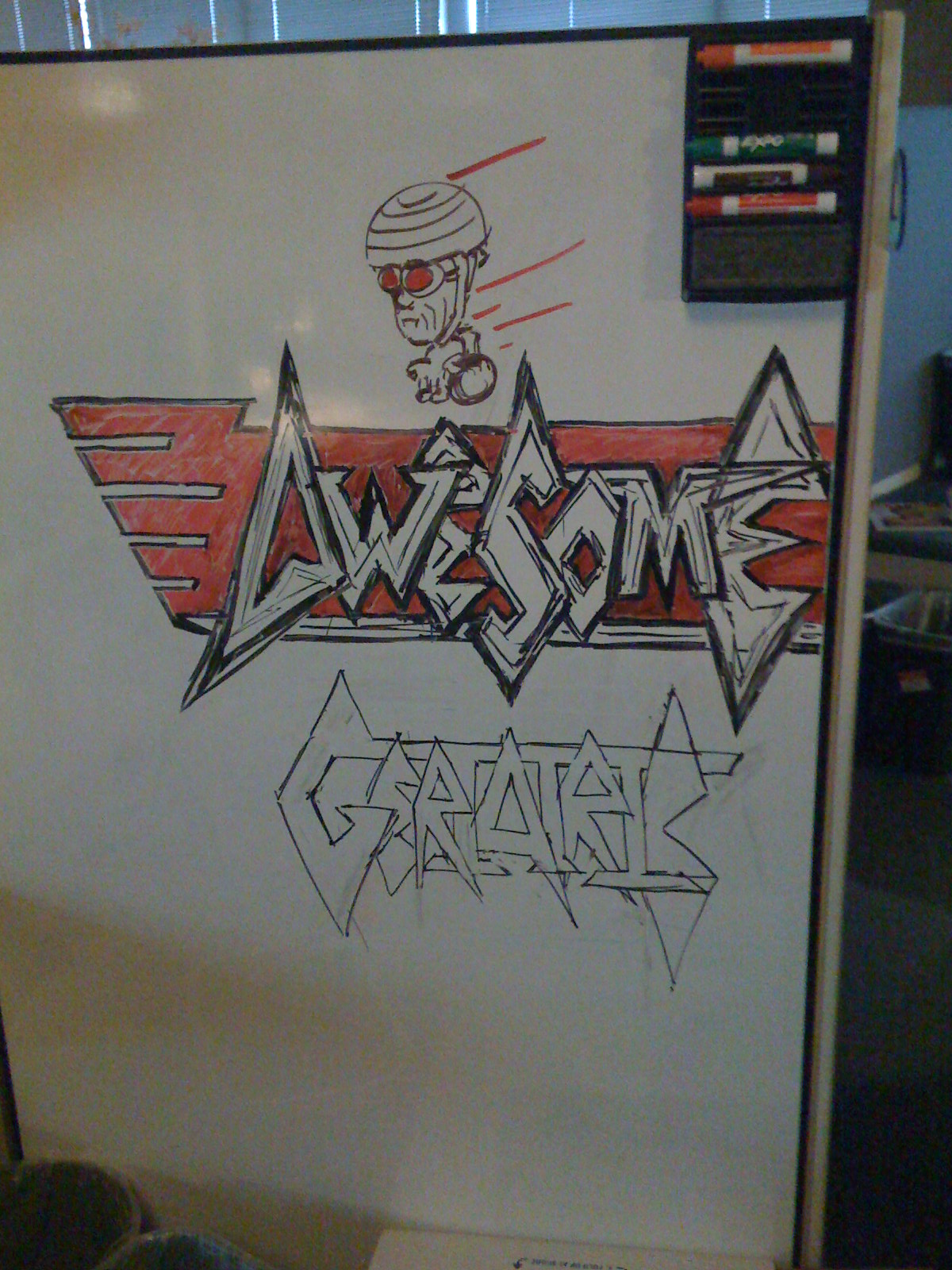 Thanks to Michael, Ben, & Ray, as well as Jeff, Leon, & Felix for a few moments of amusement during these otherwise trying economic times.

5 Responses to A few game ideas EA will never make…