Get Over (Go Beyond) Yourself

I had been working on this post for months, actually, swamped by the general insanity of game development as trapeze work, without wires or nets.

Each time (GDC, Boston Gameloop) I’d attend a panel/roundtable on diversity in games, I’d feel like shooting myself. A bunch of otherwise intelligent people sitting around yet running in circles. Do we need to outreach to more diverse groups for them to understand games and go into game development, or do we need to make games that appeal to more diverse audiences first?  We can’t possibly make those games without more diverse developers? How could we attract them first? 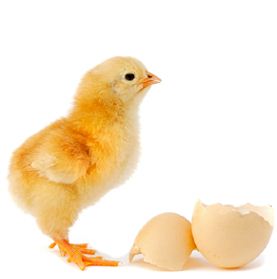 Fuck me. As someone interested in pursuing the representation of characters and settings outside the norm in games, it turns out there is no actual place to meaningfully discuss the creative techniques one can apply to do so.

At IndieCade 2010, Brandon Boyer‘s talk “All Play is Personal” did not address this directly. Brandon’s talk was a very personal look at his own history with games, encouraging indie developers to draw on their own life experiences making games, because that is what allows indies to stand out from mainstream games and is key to their success.

But one of the talk’s points was about diversity – Brandon’s write up of a shorter microtalk version ummarizes some of that. Polling mainstream game developers shows the overwhelming predominance of Star Wars and Lord of the Rings as inspirations. Consider, though, that these are social signifiers – things we choose to invest in because they display our status as members of a particular group. Game developers are into them in part because they show to  others they belong to a particular subset of culture.

That’s a pretty strong psychological drive – I find it hard to believe indie developers, given their status as sub-culture, could avoid it. A list by indie devs would certainly be different, but would it just be a second set of non-diverse inspirations (Pavement, Michel Gondry, whatever)? 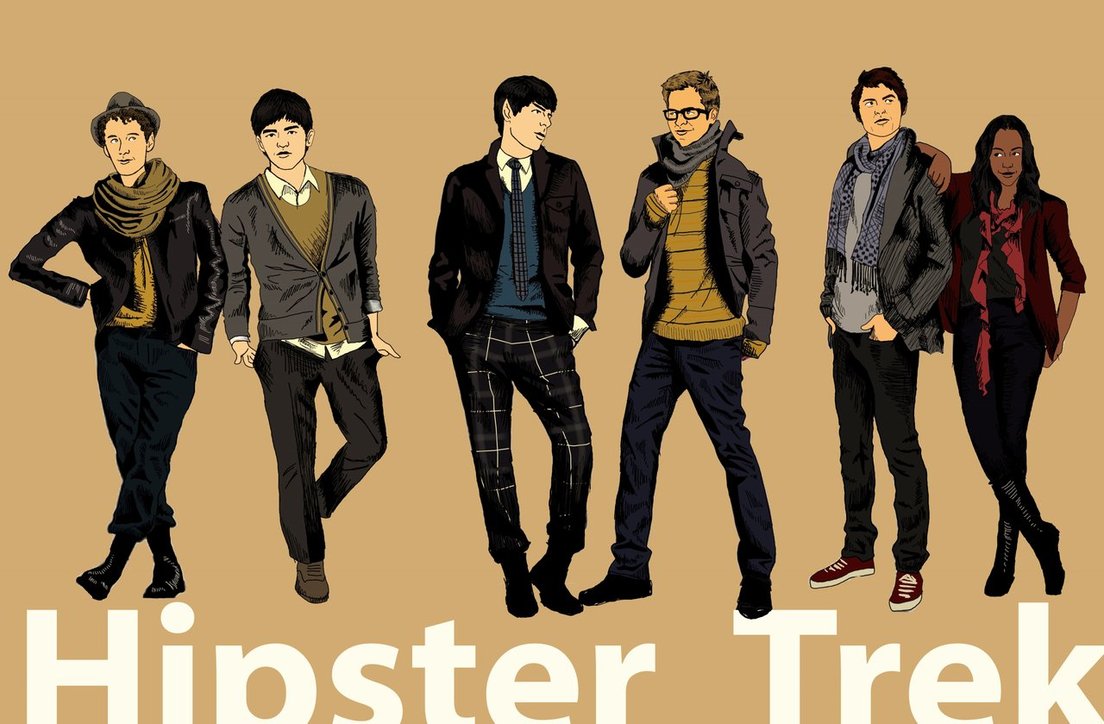 (While Star Trek and not Star Wars this image by deliciousnewyork about sums up my feelings on the combination of inspirations between mainstream and indie games).

Someone asked Brandon about the responsibility of our community to include subject matter that appeals to more diverse audiences. His response referred to it as a larger cultural problem, one that indies could not necessarily impact. Personal expression was more valuable (I paraphrase horribly, so that was my take on it, seems like there was varied interpretation of it at the conference as well).

I’m also going to paraphrase Darius Kazemi, who will hopefully write his own blog post on the topic – If diversity in games as well as technology is a larger cultural problem, and indie games don’t have to worry about this because they can’t affect it – then indie games are de facto not a part of culture. This conclusion was very much the opposite point of Brandon’s talk.

Nick LaLone also points out some of the cultural implications of this thinking in detail. Even in minds of folks who care about these issues, this stalling and shifting of responsibility actively negates progress.  In the world of chickens vs. eggs, if your goal is to collect as many chickens as possible, it’s obvious you want all chickens and eggs you can get.

So I followed up with my own poorly constructed question – what about the value of seeking topics & inspiration specifically outside ourselves? Creating games with characters, worlds, themes, outside of our privileged experience, essentially. Brandon returned to the value of the personal, comparing Generation Kill to Modern Warfare 2.

The creators of Generation Kill sought to convey soldiers’ personal stories, resulting in a complex emotional experience for the viewer. Modern Warfare 2 co-opts its imagery and scenarios for shock value but fails to convey any of the same personal connection. 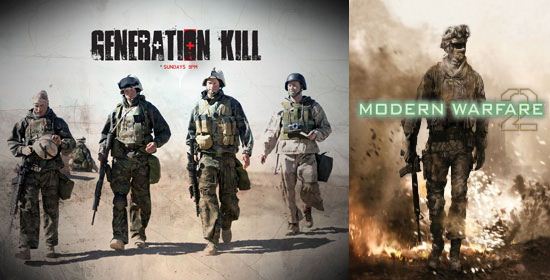 In this, Brandon pointed out the role of personal experience is invaluable – while I highly doubt many of the creators of Generation Kill had actual combat experience, it is through the tools of our own emotional lives as creators that we can seek to understand and convey the emotional lives of others. We cannot reach more people by being more generic in our work, but through being more specific, by touching on the personal details with which other people can empathize.

Brenda Brathwaite’s talk on One Falls for Each of Us, the next game in her series “The Mechanic is the Message”, focused on her experience in designing games around topics with which she has little personal experience. Despite the fact that she is not Jewish, nor was in Nazi Germany, her boardgame Train captures the human aspect of a system meant to dehumanize and destroy millions of lives.

She used this image as a key inspiration –  these otherwise normal children are wearing Stars of David, identifying them Jews, inevitably bound for a concentration camp. 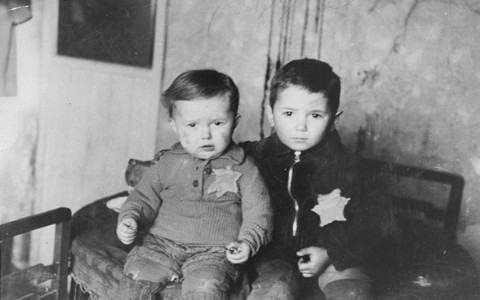 Brenda has children of her own, and in looking at that picture, could do nothing but tie her own concerns, fears about her children to this moment in time. It is specific, it is personal, it was a crucial element of her creative process, but it is a situation she couldn’t possibly have experienced.

She talked about her research and development as being a process of sculpture. The game underneath the rough hewn stone is a form waiting to be found. Her commercial games, on the other hand, come from her own voice as a designer. Train‘s goals and aspirations as a game turned the design questions one would normally ask oneself from essentially “What do I want to do?” to “What are best ways that this experience can be conveyed?” and, and asking how can you connect to what is more an objective ideal for the game.

In the research I’ve slowly been doing for The Unconcerned, it is a similar feeling of unearthing. While your ideals as a designer often occupy your mind as you work towards achieving them in your own games, it is oddly freeing, humbling, and full of awe to submit yourself to a process that requires your own self-destruction. You are nowhere near as important as the topic of your game.  The struggle to find the ideal communication of the ideas that will do the topic justice is a much more powerful one than the process of self-reflection that is required to focus your voice in your game design.

I have never deeply subscribed to any major religious institution, as its major reward of belonging to a larger purpose, goal, or community I find obscures other thought process that are invaluable to me, such as self-reflection and critical thinking. Submitting myself to this kind of process is the one way I feel a connection to something so much larger, without sacrificing those other ways of thinking, and in fact joining them together.

There are two motivations for seeking topic outside yourself as designer – the first is the obvious one, to hopefully be part of a larger cultural shift that makes games and game developers more inclusive, more diverse.

The second, not entirely intuitive one, is selfish in nature. Submitting to such a goal is to commit to grow yourself as designer beyond your current limitations. To learn your flaws, to accept them, and to grow beyond them.

Diversity in game design won’t be achieved very easily. It is something each of us should and needs to contemplate as to how it impacts us as a designer. As a goal we can’t rely on outreach, we can’t rely on other aspects of culture, and we can’t just rely on more diverse game design. We need all the chickens & eggs we can get.